All of the Academy’s trainers are industry professionals who work in the business and incorporate real examples and draw on personal experience to give trainees the benefit of the most-up-to-date practices and trends. 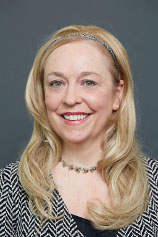 A graduate of the Irish Academy of Public Relations, Marie Ennis-O’Connor spent over ten years working in public relations at University College Dublin.

She now works as a social media consultant specialising in providing services to healthcare professionals and the pharmaceutical industry.

An award-winning blogger, Marie also writes for several online publications on emerging trends in social media.  Recently named one of Klick Health’s global social media influencers, Marie is regularly invited to speak and teach workshops at international conferences including the renowned Stanford Medical School and Mayo Clinic Center for Social Media in the US.

Mick Hanley is CEO of Dublin City FM with over two decades of experience in radio. A Qualified Sound Engineer he also holds a Diploma in Public Relations from the Irish Academy of Public Relations.

Mick is a member of the GAA Communications committee and is a well-known sports radio commentator on GAA and Soccer games and athletic running events. He has presented, produced and researched various music programmes and special interest documentaries.

He also managed the live broadcast and recording of ‘Woodsongs’, an American syndicated programme,from the Convention Centre, Dublin in 2014 featuring the best of Irish music artists including Mary Black and Paul Brady. 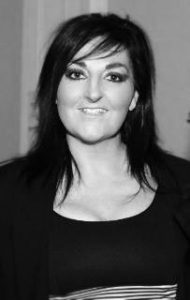 Lillian Courtney is Ireland’s up and coming no. 1 Mentor, Business Strategist, Thought Leader, Business & Personal Life Coach, as well as a graduate of the Irish Academy of Public Relations.
She has trained in World Development studies for the past 26 years, graduating at University College Cork and also the Irish Life Coaching Institute. She is currently undertaking a Masters in Psychology and Coaching at UCC.
Lillian is a director of the International Coaching Federation and has worked in the multinational area for 30 years. She is co-authoring a global coaching book with 10 different coaches from around the world.
Lillian is also involved in the media and is a Researcher/Radio Presenter with her own coaching show “Dr Lil Coaching Hour” on Irish Radio International. She is also an award-winning film producer and a professional singer/musician. 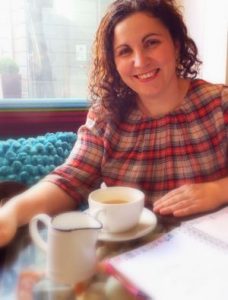 Barbara Collins has been a reporter and producer in News and Current Affairs at BBC Northern Ireland for twelve years. She was one of 13 picked out of 13,000 applicants for the prestigious BBC Broadcast Journalist Trainee programme.
She is fully trained in every aspect of television and radio and has worked across the UK and Europe. She has also made a documentary for the BBC World Service and All India Radio on mixed marriages. Her documentary on the Basque Country Elections was shortlisted at the Celtic Media Festival and she was also shortlisted for a Prix Europa for her programme on teenage cosmetic surgery. Barbara has worked with BBC Radio Five Live and the BBC Radio Four network.
Barbara is a resident food writer and restaurant critic for Flavour Magazine. She is a regular contributor to BBC Countryfile magazine; Features Section of Farmers Guardian; Irish News Weekend section. She is married with two children. 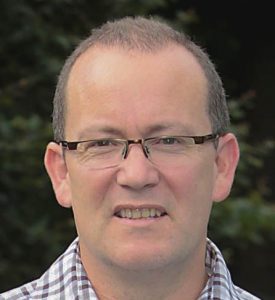 Sean Duke has been a journalist for over 20 years. He is the co-founder and editor of Ireland’s first science magazine Science Spin and former editor of Enterprise Ireland’s magazine Technology Ireland. Sean also authored the book How Irish Scientists Changed the World. He is a regular contributor to The Sunday Times (Irish edition) and Science.
Sean has also worked as a broadcast journalist on RTE Radio 1, East Coast FM and Dublin City FM and is the resident science expert on Today with Sean O’Rourke. He co-presented the award winning What’s It All About? series on RTE Radio 1 and has presented regular science slots on TV, including Ireland AM on TV3 and The Daily Show on RTE 1. He has recently started working on a new series called Life Matters for RTE Radio 1. 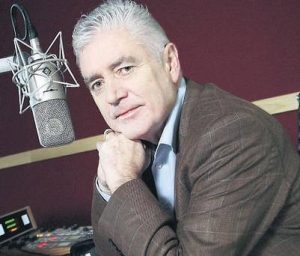 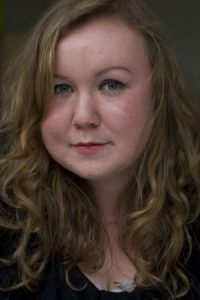 Heather MacLeod was born in Glasgow, Scotland.  Brought up immersed in music and the arts she studied Music Technology at Paisley University and graduated with distinction before moving to Dublin.
Currently Production Manager with a Dublin radio station, she has also been involved in many independent radio productions sponsored by the Broadcasting Authority of Ireland including the documentaries; “Accents and Prestige”, “Dating in the Noughties”, “Camille O’Sullivan – The Dark Angel”, “Diabetes The Forgotten Type Ones” and “Homelessness in Ireland”, mental health series “Head Space”, children’s series “The Urblin Chronicles” and radio drama series “On the Line”.
She has worked with and interviewed artists including; Camille O’Sullivan, Gavin Friday, Julie Fowlis, Kaiser Chiefs, The Proclaimers and Steve Van Zandt (E-Street Band). 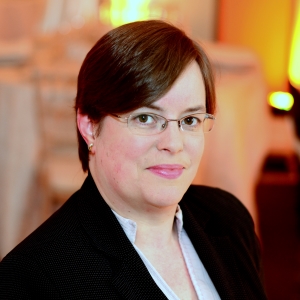 She has worked within the Event industry for the past 8 years managing and co-ordinating a wide range of events covering corporate events, such as Arthur’s Day, Google Christmas parties; sporting events, such as The Curragh Races, Full Tilt Poker Challenge in Galway in 2013; and private events such as weddings, holy communions and private dinner parties.  She has recently set up her own event management business targeting both the wedding and corporate event markets.

In her spare time Jenny enjoys gardening, baking and food preserving, e.g. jams, chutneys and pickles.  She is also a volunteer, both at local and national level, with the community games. 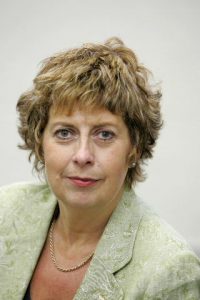 Ellen Gunning, MA, MIAPR, FPRII, NUJ, is the country’s leading public relations and communications trainer. With 30 years experience, her style of delivery and depth of content are always highly commended.
Ellen is the founding director of the Irish Academy of Public Relations, and a former director the National Concert Hall and the Central Council of the Irish Red Cross. She is a Fellow of the PRII and past National Chairperson of the International PR Association. Ellen has written three books: Public Relations – A Practical Approach, Capital Women of Influence and Ten Red Hot Tips to Promote your Business.
A member of the National Union of Journalists, she is chairman of the board of Dublin City fm, presenter of the Mediascope programme and winner of the European Parliament Broadcast Journalist of the Year award (Ireland). Her masters degree is in Communications and Cultural Studies from Dublin City University. 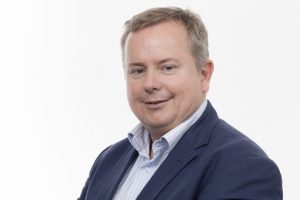 Philip O’Meara is a Marketing Consultant, with over 20 years’ experience, at General Motors, PepsiCo, Cadbury and Kerry Foods, up to Marketing Director level. He has a track record of building and delivering business growth strategies in Ireland, UK and Europe. Philip has had responsibility for a broad range of functions in his career, from Sales and Marketing, Technical Project Management, through Manufacturing and Operations. He brought this breadth of experience to help clients grow their business through marketing, by launching and successfully running the Pathbridge Consulting practice for the past three years. 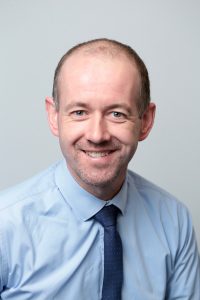 Dermot Day has been involved in business management for over 20 years. He has worked for large multinationals such as IBM, Motorola, and Bank of Scotland and for the past 5 years, has worked as a business coach, trainer and mentor. His vast experience covers manufacturing, banking, media and the food industry. Dermot has a Bachelors Degree in Business (IADT) as well as third level qualifications in Digital Marketing (NCI) and Lean six-sigma (CIT). As a certified trainer, he has delivered digital marketing training and mentoring to over 500 startups, existing SME’s and nationwide government sponsored business support programmes. A straight talker who believes in getting to the point, using your time wisely and avoiding waste, Dermot’s energetic, participative training style is rooted in real-life scenarios that encourage participants to put their learning directly into the context of their daily working lives to achieve results. 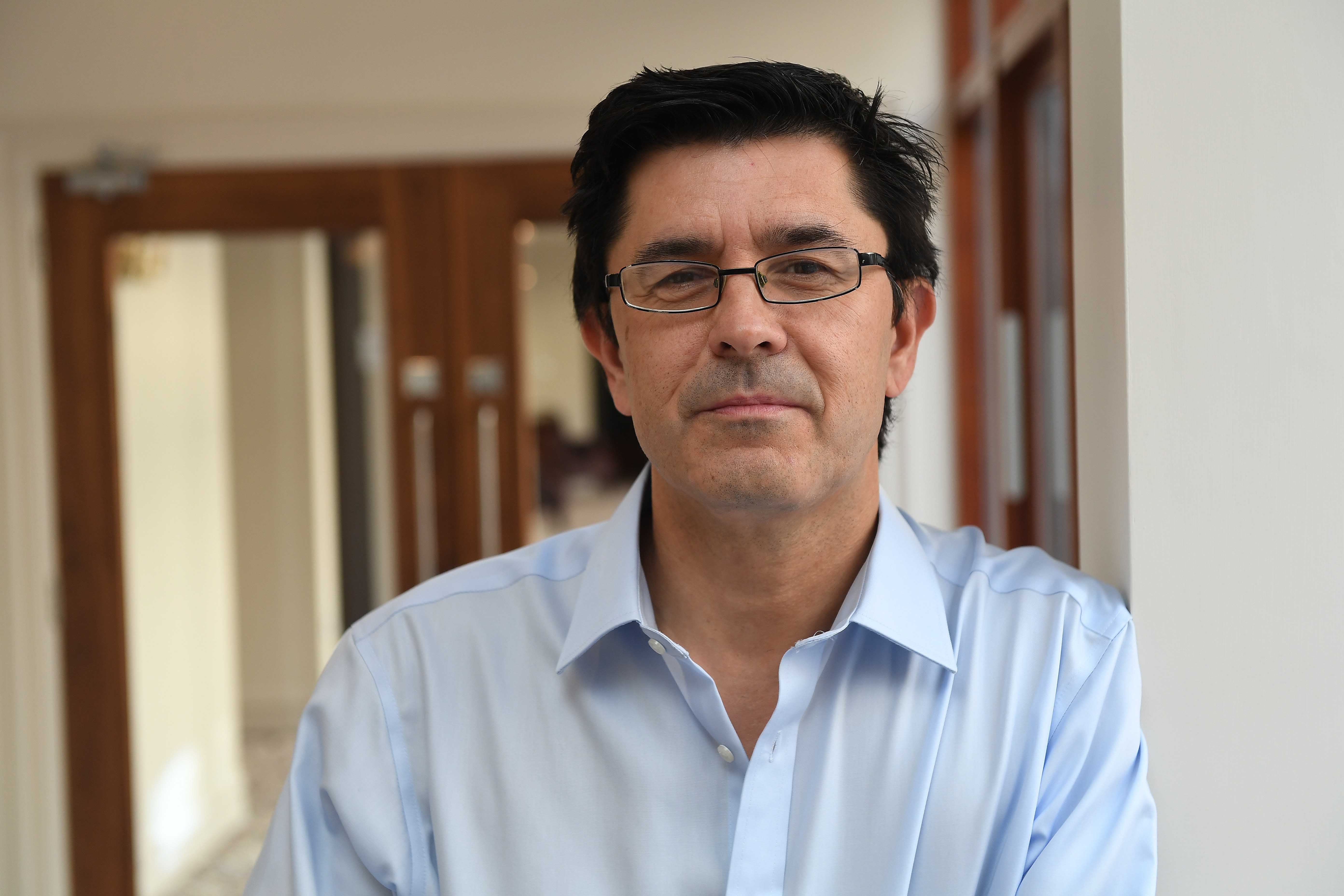 Anthony Garvey has over 30 years experience working in international public relations, ranging from technology and telecommunication blue chips to educational and local government organisations. He spent 9 years as Head of PR for Psion plc during a period of rapid change as it evolved from a start-up to a FTSE100 company. In 2001, Anthony returned to Ireland where he established Quinn Garvey PR which provides public relations and marketing services to small businesses in Ireland and the UK.  Anthony is an award-winning speaker and trainer and is a four-time finalist in the UK and Ireland Toastmasters International Speech Competition.  Married with two young sons, Zachary and Samuel and lives with his wife Siobhan in Tralee, in County Kerry. 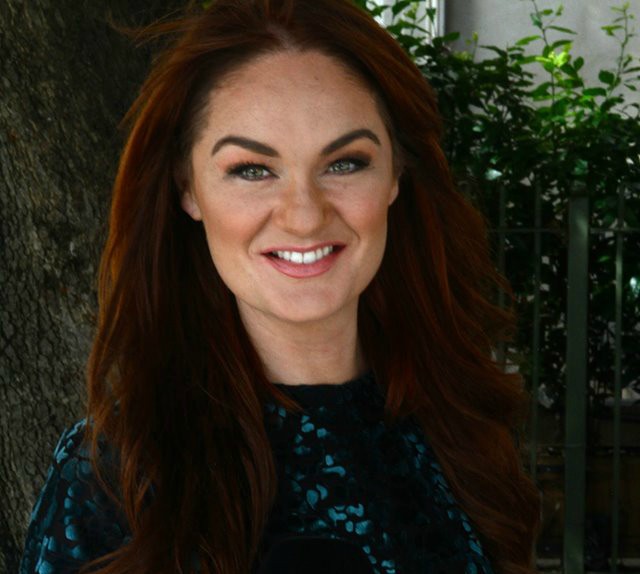 First on our screens in The Apprentice series 2. Since then Geraldine has carved out a career in media. She is a regular guest on TV3’s Xpose, Midday and Ireland AM as well as making a number of TV shows and documentaries with TV3 and Irish TV.
Geraldine also has her own radio piece on Dublin’s 98fm called Ger’s Dublin which goes out every Thursday and she is a regular guest on Ryan Tubridy/ Derek Mooney radio RTE radio 1.
As well as this she is a published columnist writing for the The Daily Star and The Mail on Sunday, RSVP magazine, Evoke.ie and guest blogs for many online publications.
Geraldine is currently working as a travel writer and communications manager for 2 travel brands. Skills include writing, editing both copy and video, search engine optimisation and all things media. 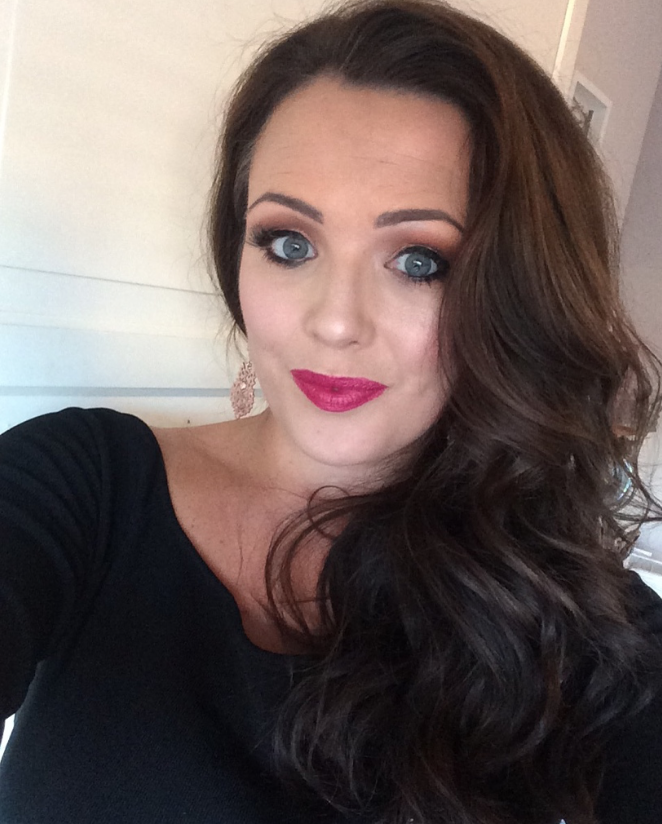 Sinéad Kavanagh is a multi Award winning blogger at the number 1 Google ranking beauty blog, The Beautiful Truth. Having spent 12 years working in education and training, Sinéad now works as a social media consultant and blogger, specializing in the beauty Industry.
Sinéad has worked with many high profile international brands including Lancome, House of Frasier and Wet n Wild and is the current brand ambassador for The Loop Duty Free at Dublin and Cork airport. Sinéad also features as a beauty expert on RTE’s Today show.
With a social media following of over 120,000 people and average Facebook reach of over 2.5 – 4 million people per month, Sinéad was named in the top 10 beauty influencers in Ireland in the SERMO index.